Purdue just announced they are rolling back their test-optional policy, so we thought it was a good time to post about other schools that have done the same. We will try to keep this page updated as other schools likely re-institute testing requirements.

The college admissions process is a constantly changing landscape!

Join Isaac Foster and Brittany Maschal for a virtual panel discussion designed to inform you about steps your family can take during high school to best prepare for the college admissions process.

This event is free. Click here to register. A Zoom link will be emailed out to registered guests prior to the event.

Great piece by Jim Jump if you are following the test-optional movement. A highlight:

There are, of course, some global reasons why test-optional policies will not go away. One is the decision by the University of California and Cal State systems to no longer use test scores in their admission processes. As a result, colleges that recruit heavily in California will have a hard time reinstating test score requirements. But students outside California may also rebel against colleges that return to requiring test scores. The Ivies may be able to get away with it, but two years ago, when the pandemic accelerated the number of colleges going the test-optional route, an admissions dean friend postulated that colleges farther down the food chain may find that students may simply refuse to apply to colleges that aren’t test optional.

Read it here in full!

Interesting read if you are following the test-optional movement and related debates. Sal Khan is the founder of Khan Academy, a non-profit that partners with the College Board. Read the interview here.

And so it begins…

MIT is no longer test-optional.

Will other schools follow in the name of transparency (because—let’s be honest—although test-optional policies do have merit at some institutions, they do not increase transparency around the admissions process)?

After careful consideration, we have decided to reinstate our SAT/ACT requirement for future admissions cycles. Our research shows standardized tests help us better assess the academic preparedness of all applicants and also help us identify socioeconomically disadvantaged students who lack access to advanced coursework or other enrichment opportunities that would otherwise demonstrate their readiness for MIT. We believe a requirement is more equitable and transparent than a test-optional policy. In the post below —  and in a separate conversation with MIT News today —  I explain more⁠ about how we think this decision helps us advance our mission.

Join us on March 14th at 8 pm eastern for a casual discussion on all things test prep and college planning. We’ll be presenting a few of our top tips and strategies but will leave most of the session open for your questions. This session is for students and parents. 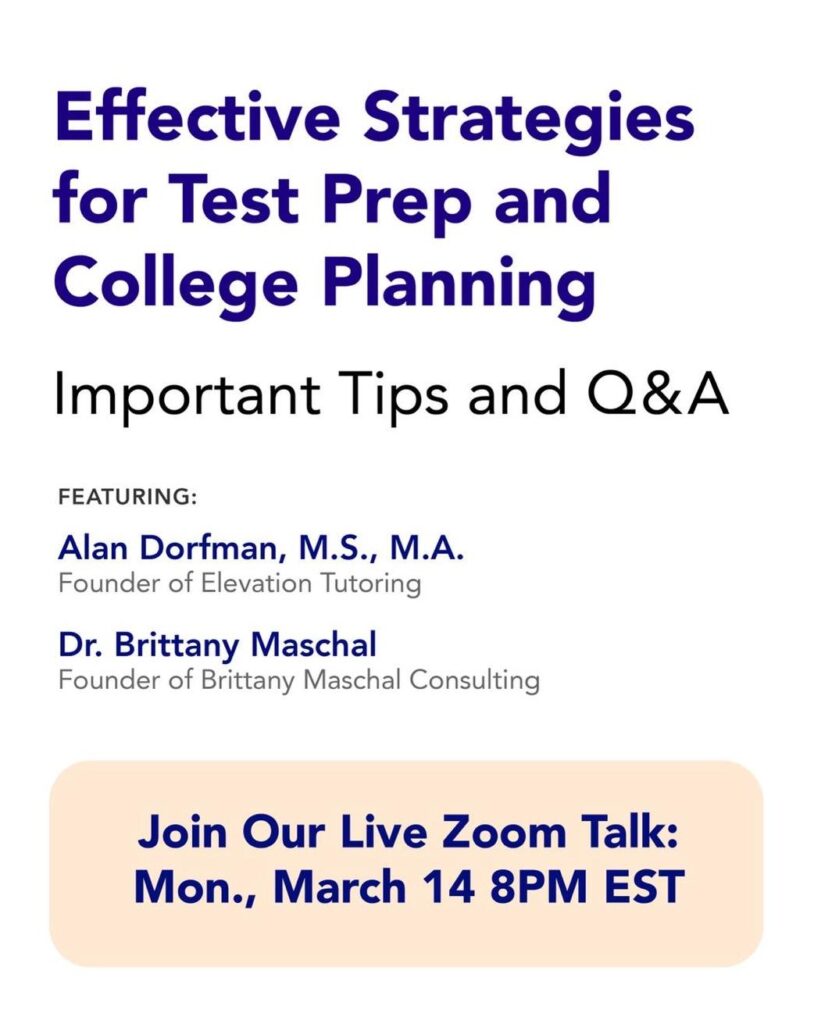 Thousands of prospective students may be denied admission to the University of California, Berkeley, after a judge ordered the institution to freeze enrollment amid an ongoing legal dispute with a local community group over the environmental impact of a proposed expansion plan. The order to freeze enrollment at UC Berkeley was handed down in August by an Alameda County Superior Court judge in response to a lawsuit brought by a local group called Save Berkeley’s Neighborhoods, which has been organizing around this issue since 2018. The University of California Board of Regents appealed the decision and asked the court to stay the order to freeze enrollment while the appellate process plays out. That request was denied last week. Now regents are appealing to California’s Supreme Court.

Navigating the road to admission: As the landscape changes in admission, some high school seniors wonder how they were denied admission at their local university, which two years ago would have been a “sure thing.” Parents ask how Northeastern University has a lower early acceptance rate than Harvard University. Meanwhile, colleges use enrollment tactics that are not always student-centered. One example is the practice of deferring students’ early applications and then to be a competitive candidate encouraging them to convert to a binding Early Decision plan, only to deny the student admission in the end. Read more about these college admissions truth bombs.

Does calculus matter too much in admissions? We think so.

The U.S. House of Representatives approved an amendment to add the College Transparency Act to another bill, which the House then passed. The result will be much more information made available about how colleges perform at educating students.

Harvard, Yale,  and other Ivies report near-record numbers of early-admission applications…and on another planet (New Jersey), Princeton joins a small group of schools not releasing admissions data, citing impact on applicants’ anxiety. Side note: This is not how to solve anxiety around college admissions.

Harvard extended its test-optional policy for four more years. But the main reason Harvard and its counterparts are dropping the test is that it’s in their interest to do so.

A news flash? Binding admission offers do not, in fact, oblige you to attend. If you can’t afford to go at the price that the college has asked you to pay, you can back out.

Test Optional May Not Apply to Homeschooled Students. Even some colleges that have gone test optional still require homeschooled applicants to submit ACT or SAT scores. Admissions officials say test scores are a valuable metric for homeschooled students, who can be challenging to evaluate.

Twenty education groups are issuing an open letter to college presidents and boards urging them to abandon legacy admissions, which remains popular among private colleges and some public institutions. “As Jerome Karabel details in his book, The Chosen, legacy preferences arose at elite institutions in the 1920s and 1930s as a way to limit the enrollment of Jewish immigrants whose qualifications outstripped those from long-standing well-to-do families that Ivy League colleges preferred to see on campus,” the letter says. To this day, the legacy preference continues to favor wealthy, white families.

PSAT scores are back this week. If you’re a high school junior, this moment marks the start of SAT and ACT prep season. (That is, if you haven’t started already!) Read Applerouth’s handy guide to understanding your PSAT scores and what to do next as you prepare for the SAT or ACT.

The Will to Test in a Test-Optional Era. Hundreds of colleges have suspended their ACT and SAT requirements. Many students won’t let them go… (but for good reason…not all TO is created equal).

According to an updated list released by the National Center for Fair & Open Testing (FairTest), more than 1,815 colleges and universities now practice test-optional or test-blind admissions, an all-time high. The list includes nearly all of the nation’s most selective colleges and universities. At least 1,400 institutions have already extended those policies at least through the fall 2023 admissions cycle. Among the schools that will not require ACT or SAT tests from current high school juniors are well-known private institutions, such as Amherst, Chicago, Columbia, Cornell, Stanford, and Tufts. In addition, many public university systems including those in California, Colorado, Illinois, Indiana, Oregon, and Washington will remain test-optional or test-blind.