From Inside Higher Ed: The University of California System on Monday announced a proposal to limit undergraduate enrollment from out of state, systemwide, to 20 percent, The Los Angeles Times reported. The proposal would allow the three campuses already over 20 percent—Berkeley, Los Angeles, and San Diego—to keep their out-of-state levels. The remaining campuses would be allowed to grow to 20 percent but not exceed it, but only if the proposed systemwide cap is not hit. The university system has significantly increased out-of-state enrollment in the last decade, to 16.5 percent across the system, citing state appropriations cuts that have increased the need for other sources of revenue, such as the higher tuition rates paid by non-Californians.

The Times reported that faculty leaders oppose the university plan and fear that such limits could result in the system losing both top students and revenue that it needs.

The UC Board of Regents will take up the proposal next week.

Juniors, you can start filling out your CA now, and roll it over later this summer once it has been updated for your application period. Check out the CA’s how-to video, and get started filling it out today!

Reminder for all students admitted under ED and EA programs! It can be easy to forget the many individuals who were there every step of the way of the college application process, guiding you towards college. But remember you didn’t make it here all by yourself. Take some time to thank the people who helped you along the way by writing them a thank you note!

People to thank: parents, guidance counselor, teachers, letter of recommendation writers, anyone else who read your essays/app, college admissions officers you met with, and tutors just to name a few!

Right now, many students are entering the final college-application sprint. They’re wondering Are they enough? about their lists of accomplishments. Some may even be wondering Is it worth it? about college at all.

Centuries ago, the poet John Milton wondered how best to live his life as he went blind. In his sonnet “When I Consider How My Light Is Spent,” he contemplates his condition. While for him, the “light” he spends is literal — he was completely blind by age 42 — he uses it metaphorically to meditate on what it means to really live.

In this Text-to-Text they pair Milton’s poem with Frank Bruni’s Op-Ed “Today’s Exhausted Superkids,” which discusses the high costs of following the narrowly defined and proscribed path to an elite college.

This a thoughtful read for parents and students alike, or really, anyone working with adolescents today. Check it out here!!! 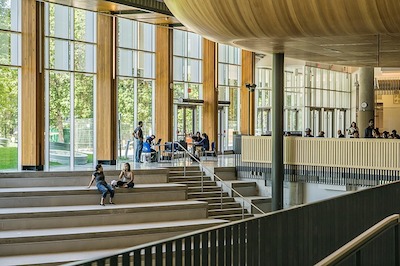 Great post from the Princeton Review on college counselors—high school and independent. Give it a read to learn more about both!

College counselors—both school counselors and independent consultants—can play a huge role in your college search. And when it comes time to apply and evaluate schools, both can help you make that all-important decision.

Your school counselor can help you:

Depending on the amount of face time they get with their school counselor, some families decide to hire independent college counselors to guide them through the admissions process.

An independent college counselor works alongside your school counselor to help you with all of the above, and in addition:

Whereas your school counselor can advise you on more than just college, independent counselors spend all their time on college counseling and tend to work with fewer students.

Are you looking for strategic college advice based on your personality and goals? Our College Counselors will help you find, apply, and get accepted to your dream school. Get a personalized college admissions plan today!

Most high schools have at least one on-site college counselor to advise students on finding and applying to colleges. As the point person for your applications, college counselors keep you on top of deadlines and graduation requirements and ultimately send your official transcript to colleges. They can also help you find schools that fit you, identify dream/match/safety schools, complete your FAFSA, craft strong school-specific application essays, and help manage anxiety and stress.

Depending on how much one-on-one time they get with their schools’ college counselors, some families decide to hire independent college counselors to guide them through the admissions process. I always tell parents who are thinking about hiring an independent college counselor to make sure that person is a member of a professional organization, like IECA or NACAC. Why? Because not all IEC’s are created equal. For example, IECA members have met the highest standards of the profession. IECA’s required qualifications include a master’s degree; at least three years of admissions counseling experience; and experience working with scores of students. IECA also requires extensive member undertake campus visits—members, on average, have visited over 150 campuses each—and continue to visit an average of 35 campuses annually.

Whichever route you go, check out this Princeton Review article that outlines five (accurate) reasons you need your college counselor. You can also read more about IECs from IECA here, or from me directly during a consultation!

There was a time when the self-confident undergraduate took a semester or two abroad to taste an unfamiliar culture and dip a toe into the waters of higher education on a foreign shore. Today, tasting is timid stuff.

While graduate programs have long attracted international students, undergraduates are seizing upon the vast opportunities to enroll in foreign colleges for a complete bachelor’s degree. The number of options to do so is growing by the year. The online platform StudyPortals reports an estimated 5,670 English-language degrees in non-Anglophone countries. In Europe alone, 300 colleges and universities offer more than 1,500 English-taught bachelor’s degrees, according to Beyond the States, an international college adviser.

The benefits of a thoroughly international education in the age of globalization are conspicuous. But the game-changer is that college abroad can save parents tens of thousands of dollars. In many countries, including Turkey, Thailand, Brazil, Iceland and some in continental Europe, college is either free or virtually so, with tuition less than a couple thousand dollars. Many other universities offer a bachelor’s degree for under $7,000 a year.

Icing on the cake: It’s possible to obtain financial aid, both need- and merit-based, from universities outside the United States, as well as government aid from home. (The Department of Education website lists nearly 900 foreign colleges and universities where Americans can use federal financial aid.)

A bachelor’s abroad isn’t for everybody. Students must be prepared to immerse themselves in the customs of an unfamiliar habitat far from home. It’s an endeavor for the intensely curious and resourceful, those who can adapt to systems that do grading, testing and instruction quite differently. Forget intercollegiate sports, frats and clubs. Even partying is not the same — less binge drinking, for example — and campus life, when there is any, isn’t as cozy. But the rewards are great, say graduates and educators, and recognized by employers seeking go-getters.

Giovanni Hashimoto, a 23-year-old out of Washington, D.C., transferred to the University of Milan after two years at Pacific Union College in California. Though it took some digging online and follow-up emails, Mr. Hashimoto, who speaks no Italian, found what he wanted in the university’s English-language political science and economics program. With tuition at $4,000, he calculates he saves $20,000 a year studying in Italy.

But, more critically, acquaintances in Washington’s world of public policy and politics, where he wants to eventually work, told him that a foreign degree “connotes a willingness to try things outside one’s comfort zone” and would work in his favor.

I do not rely much at all on “rankings” but since many families like to take a look at them, I thought I would post the latest from US News. These institutions from the U.S. and around 60 other countries have been ranked based on 12 indicators that measure their academic research performance and their global and regional reputations. Students can use these rankings to explore the higher education options that exist beyond their own countries’ borders and to compare key aspects of schools’ research missions. These are the world’s top 1,000 universities.

Looking for a way to boost admission odds without obligating yourself to attend?  College Kickstart put together a list of colleges with early action admission rates that are at least 50% higher than their regular decision admission rates.